This page is under construction – more commemorative dates are yet to be added. 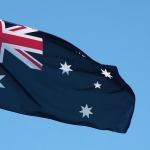 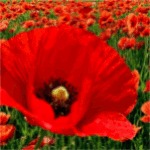 25 April: Anzac Day
Anzac Day is held on the anniversary of the landing of the Australian and New Zealand Army Corps (ANZAC) on Gallipoli peninsula, on the 25th of April 1915. The Anzacs, along with military forces from several other Allied countries, fought against the Turks (who were part of the Ottoman Empire).
Anzac Day is commemorated across Australia every year, to recognise the effort and sacrifice made by the Australian military forces, and as a show of respect for Australia’s past and present military veterans. 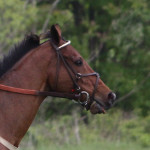 First Tuesday in November: The Melbourne Cup
The Melbourne Cup is the most famous horse race in Australia. It began in 1861 and has been held every year since. It is held on the first Tuesday in November. The Cup is a race for thoroughbred horses, three years old and over, with a prize pool of several million dollars.
Betting on the Melbourne Cup is widespread, with millions of dollars spent in on-track and off-track betting, along with a great part of the population participating in friendly Cup Sweeps organised amongst friends and work colleagues. Melbourne Cup Day is a public holiday in Melbourne and the race is watched by many Australians across the country, being known as “the race that stops a nation”. 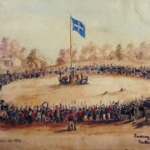 3 December: Battle of the Eureka Stockade
The Eureka Rebellion of 1854 occurred during the “roaring days” of the 1850s gold rushes; the rebellion came about due to the oppressive taxation levied upon miners, in the form of expensive mining licences, and because of the odious way in which searches for those without mining licences were carried out.
Several hundred miners rebelled in the Ballarat area, a stockade was erected, and the Battle of the Eureka Stockade occurred when police and troopers attacked the stockade on the 3rd of December 1854.
Melbourne juries acquitted all of the accused rebels in the subsequent Eureka trials.
The Eureka Rebellion is regarded as playing an important role in the granting of democratic liberties in Australia. 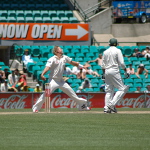