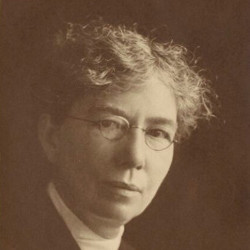 [Editor: This song by Mary Gilmore was published in the “For Worker Women” column (“Conducted by Mary Gilmore”), in The Australian Worker (Sydney, NSW), 8 April 1920.] Song of Anti-White. (With special reference to the “Sydney Morning Herald” and other papers with a cold … END_OF_DOCUMENT_TOKEN_TO_BE_REPLACED

Up against it Hughes’ battling days — played many parts “Bones in a sack. Poverty riding on misery’s back.” These were the doggerel lines which some rural would-be wit chalked up in the back-blocks of New South Wales, over 30 years ago, when a young fellow named Hughes … END_OF_DOCUMENT_TOKEN_TO_BE_REPLACED